Hamburg/ Freiburg, 26 March 2019 – Discount fashion retailer KiK will move into the shopping centre “ZO – Zentrum Oberwiehre” on Schwarzwaldstrasse in Freiburg as new tenant. The centre management of HIH Real Estate just let an upstairs unit of 665 square metres to the discount fashion retailer on a long-term lease. Thus, the ZO complex is about to achieve full occupancy for its retail units after signing leases last year with “Die SeminarMacher,” a provider of continued professional development, the IT specialist Inspiricon, the Földischule institute for manual lymphatic drainage and an orthopaedic centre, so that no less than five orthopaedic and surgical specialists are now in residence at the centre.

With the new lease, HIH Real Estate strengthens the shopping centre’s focus on textiles. “Moreover, it is planned to bring in new retailers,” said Sandra Westermann, Centre Manager of the ZO shopping centre. Two units on the ground floors will be merged to create premises large enough to accommodate the Vot medical supply store. The store stocks medical supplies and rehabilitation equipment as well as consulting and implementation services for handicap-accessible living and home care. “The preparations for the structural alteration are making good progress,” said Westermann. “We created a significant healthcare cluster by opening the medical supply store to complement the existing medical amenities which include orthopaedics, physical therapy, an ophthalmologist, the Földischule institute, the Rückgrat gym and the pharmacy at the ZO shopping centre.”

Westermann went on to say: “In addition to signing new leases, we also managed to bolster the existing tenant base.” McPaper, Tchibo, Deichmann and several doctors’ offices and regular offices recently extended their leases at the ZO. “As a result, all retail units will be occupied in time for the fifteenth anniversary of the ZO mall in October.”

“In addition to signing new leases, we also managed to bolster the existing tenant base. As a result, all retail units will be occupied in time for the fifteenth anniversary of the ZO mall in October.”“ 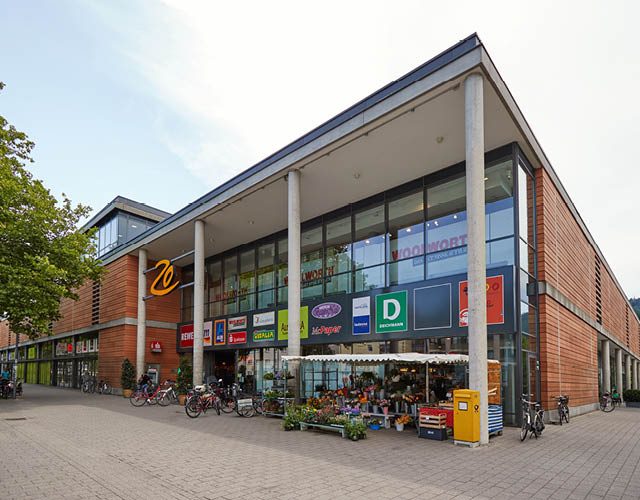